All Cultures United: Baller Boys Season One is the first in a series of books by the author Venessa Taylor.

The books tackle a range of childhood issues children face every day.

Shay and Frankie are the best of friends, they go to the same primary, play together at school, in the park and on their computers at home; even their dads are old friends.
For them, football is more than ‘just’ a sport. It’s everything. They dream about playing football, love a kick-about in the park, watch all the big games on TV… all that’s missing in their lives is the chance to play for a real football team.
One summer’s day, they get a leaflet to take home to their parents, and as usual, it ends up crumpled up at the bottom of their school bags. But when they stop off at the park on the way home and hear the exciting news from friends, the boys quickly run back to their Mums and beg them to read this life-changing leaflet. All Cultures United, the best team in miles, is looking for new recruits… and Shay and Frankie believe they’re in with a fighting chance.
They take the preparations really seriously. Playing and practising together and with their dads every day. At the trials, they work hard and get to meet the ultimate legend, Coach Reece. They’ve looked up to him from afar for years and do all they can to impress him and the other coaches on the pitch. But one boy stands out in particular… Shay.
When the call finally arrives, after an agonising wait, the boys’ friendship faces a true test. Frankie hadn’t made it into the team, but his best friend had. Instead, Frankie had been invited to play in the development squad and it hit him hard. That night, he buried his head into his pillow and sobbed quietly while his best friend celebrated by dancing with his family around their lounge.
To make matters worse, as the new team grows closer, Frankie starts to feel seriously left out. And a boy called Hassan seems to be on a mission to separate the pair and become besties with Shay. He even invites everyone on the team and the development squad (and their parents!) to enjoy a free, celebratory meal in his family restaurant. Everyone except Frankie, who is understandably upset when he finds out the truth. And it hurt even more by the fact Shay hadn’t told him what was happening.
One day, Frankie’s parents get a call from the Coach recommending they take their son to an optician. They’ve spotted the problem with Frankie’s flawed passing and goal scoring, and they turn out to be 100% right. Frankie needs glasses and when he chooses a special wraparound pair that sports stars wear, he worries he’ll get picked on by the kids at football and in school, but the opposite happens. They all support him and his footie skills improve dramatically. So much so that when they’re one man down in a game, Frankie gets called on as an unexpected sub, and they win the match!
Working together the boys decide they want to do something for their club and as a team, off the pitch, so they set up a fundraising fun-run to get enough money to buy a mascot outfit. Despite the rivalries, friendship woes and different personalities they work so well together as a team off the pitch, raising money, that this helps them even more on the pitch.
Frankie wins the race too!

ABOUT THE AUTHOR:  Venessa Taylor brings two decades of experience as an inner-city primary school teacher and assistant headteacher, to the creation of the Baller Boys series. Aimed at encouraging young boys to enjoy reading, the football-themed stories are written with young readers in mind. Born and raised in London, Venessa continues her legacy as a literacy lead, through her stories. 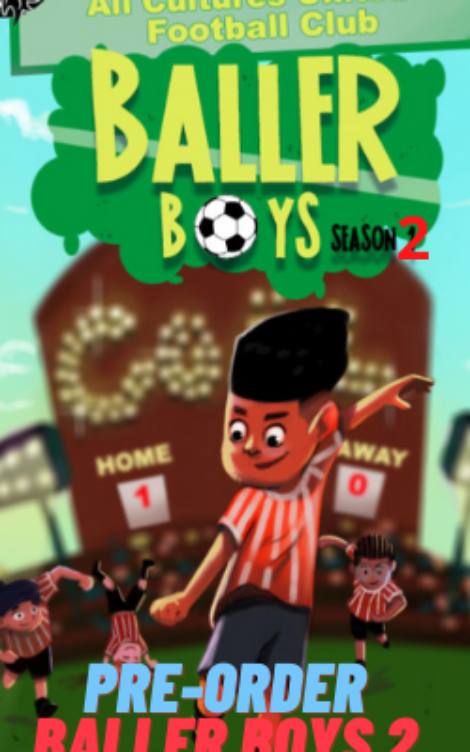 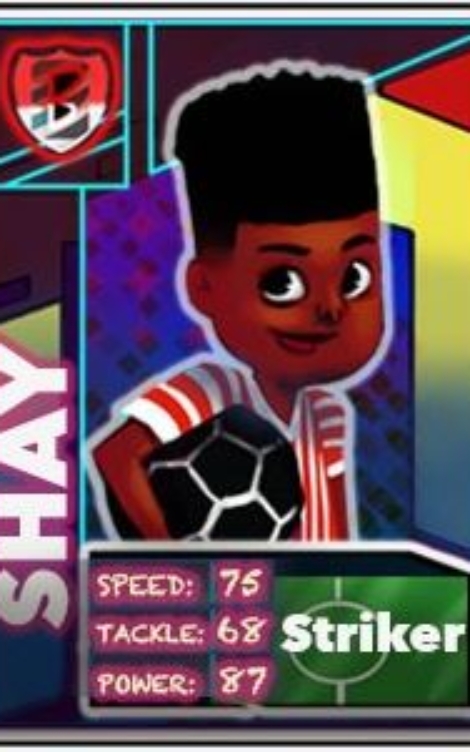